Villier’s Castle, now a ruin, is a fortified manor house, built during the first plantation of North Leitrim, on the site of the former O’Rourke stronghold in the grounds of ‘The Lodge’ and holiday cottages.

The current arched gateway leads immediately to a small courtyard encompassed on 3 sides by the building with its 7 double chimneys.

Until recently, before the group of townhouses opposites was built, another equally high wall protected a courtyard of outbuildings , thereby creating a ‘gateway’ to the village. Archaeological excavations in the vicinity for the housing development uncovered an old drain, but with little finds of ‘significance’ which seems very surprising.  Nearby on the banks of the River Bonet is also the ruin of the Old Hall of the O’Rourkes.

The O’Rourke chieftain, Brian was in the 1620’s imprisoned in London when George Villiers, a favourite of the catholic King James 1st, was granted 8000 acres in Leitrim. However, soon afterwards, Villiers was assassinated in Portsmouth and the estate passed to his brother William who built the castle . 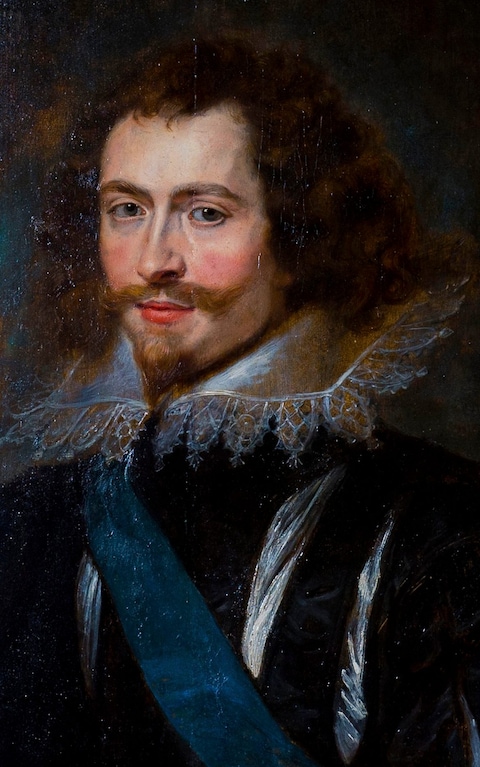 “From 1616, Buckingham also established a dominant influence in Irish affairs, beginning with the appointment of his client, Sir Oliver St John, as Lord Deputy, 1616–22. Thence, he acquired control of the Irish customs farm (1618), dominated Irish patronage at court, particularly with the sale of Irish titles and honours, and (from 1618) began to build substantial Irish estates for himself, his family and clients…Buckingham’s influence thus crucially sustained a forward Irish plantation policy into the 1620s.”

The portrait of George Villiers, the 1st Duke of Buckingham CREDIT: RUBENS

Ireland in the age of the Tudors